A brown heavy book, which was lying at the very top of a high wooden shelf, slightly vibrated. After a while, it also started to shake and move sideways, until it finally fell off the shelf, hitting the ground with a thud. After a while, it covered itself with a golden, slightly transparent glow and opened, spreading out the richly ornamented pages. The choice of pages wasn’t random, was by no way accidental. The book knew perfectly well what it was going to present to the person who found it.

An elf passing by noticed furtively a strange glow coming out of the other room, but he assumed hastily that one of the elves had left the light on once again. Entering the room with a confident step, he already had his hand on the light switch when he noticed that it was turned off. He stared for a moment at the book lying on the floor, and then suddenly he understood what was happening.

“Santa Claus! The book! I think it's got a new message for us, but isn't it too early? It’s only July!” , a panicked elf rushed to Santa's office as quick as possible.

Santa Claus, still asleep, opened one eye lazily, hoping that the elf had only imagined that.

Well, that'd better be it. Otherwise, it would mean a lot, an awful lot of work. A lot of Santa’s work, the work of the elves and of all Santa’s helpers, those furry ones included. All holiday plans would have to wait and it is not known when such a great opportunity to go to the seaside will repeat itself.

In the spacious room, not only the light was getting brighter and brighter, but also crackling, comparable to a bubble film pierced with fingers was coming out. The book was clearly excited and wanted to share its important information as soon as possible. Not just any information.

Santa Claus sighed hardly, got up from his bed and walked to the other room. A certain order and harmony has been disturbed.

“It's only 5 am in the morning! It’s not even the time for a proper breakfast”, he thought. As he entered the room, he squinted his eyes. He didn’t expect such a bright light coming out from the book.

“It must be something very, very important. The book has never behaved like this”, he said to himself. After a while all the elves were in the room. Staring with curiosity at the book and at Santa, they waited for the news. 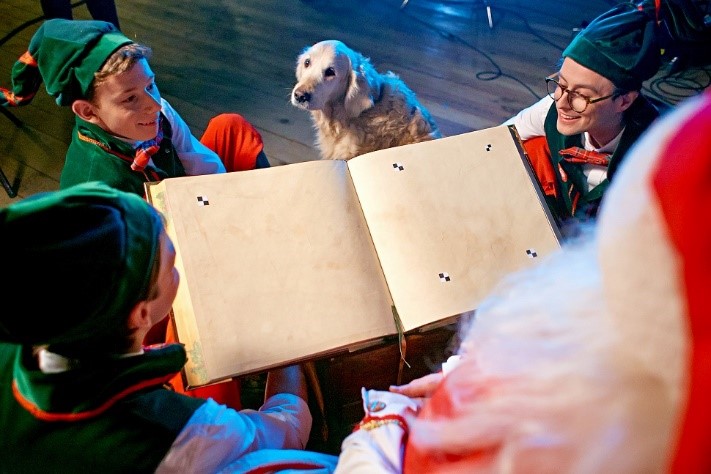 “Okay, let’s see what is so important to wake us up so early.” , Santa Claus came closer to the book. The light slightly weakened, which allowed him to read its content. Santa Claus took a deep breath and started to read out loud. “Tony Miles, Amy Gordon, Patty Brown...’, he was reading and reading, without seeing the end of the list.

“This list is such a long list that I will be reading it until the end of next week! Do you see what I see? The list of children is twice as long as the last time! Aha! That’s why the book woke up right now, in the summer. It has been working tirelessly since the beginning of the year, entering new candidates!” , Santa Claus turned to his faithful friends and stroked his beard. Looking ahead with a fixed gaze he was trying to estimate how much time they will need.

“Santa Claus, do you know how many letters from Santa we should send this year?”, asked Elfi. “And maybe children, especially those who don’t believe in you, should receive a video from Santa? Seeing you live, their faith in you, and in all of us here, will surely be consolidated!”

“Noemi, my dear, and you, Comet, please take the book to the living room and put in its special place.”

The elves met Santa's request and after a while the book was lying proudly on a wooden support. Calmed down by the completion of its task, the book cheerfully turned over the pages, boasting of all the children whose names were written on its cards, to whom gifts from Santa Claus will soon be delivered.

“It's going to be a busy year for us, my dear”, said Santa Claus, wiping his forehead with his sleeve.

The book, however, did not intend to stop at showing the list, oh, no. This year, also the book, following the spirit of the times, intended to make the task a little easier for the rest of the household. It flickered again, but this time with a colourful light, inviting everyone around. The list of names and surnames blurred for a while, as if it had stretched out, until it finally disappeared completely. Oh, but what's that! The first name and surname appeared written in golden letters at the top of the page. Yes, but it is like that every time.

“What’s so strange about that, Book?” , Noemi thought. 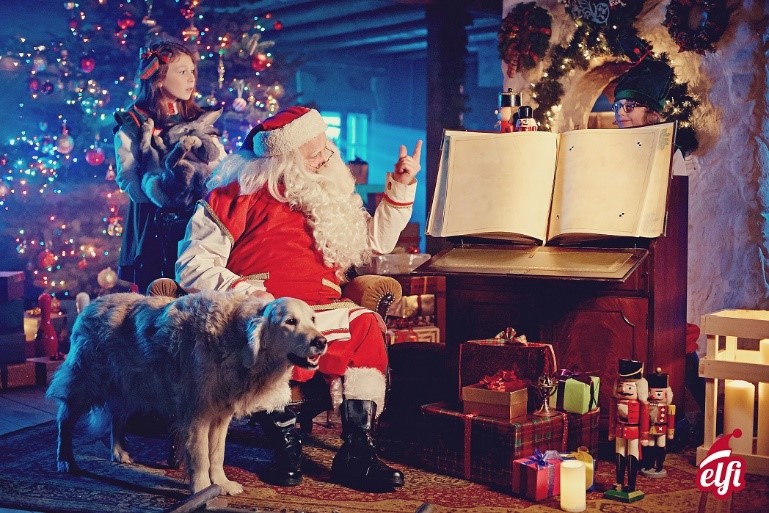 In a blink of an eye, a photo appeared under the first child's name. The book has never shown photos before! Where did she learn that?

“Oh, look, there is a remote-control car in the photo. And it’s not just any car, it’s a sports car. Is it a dream gift for little Adam, my dear?” , Santa Claus asked the book.

More and more photos started appearing faster and faster in the book. As it was truly magical, the pages never ended in it, but also the book never got any bigger.

“If only it was possible to eat more doughnuts and never get fatter....”, Santa Claus thought.

Two symbols appeared next to the photos of presents. One looked like a small camera, the other one like an envelope.

“The book clearly tells us how we should contact our children”, said Elfi, overjoyed. “Here, for example”, he pointed his finger at Kate, “she will be more convinced of our existence when she receives a video from Santa Claus! Robert, however, should receive a letter from Santa Claus because he loves reading!”

“So all we need to do now is get down to work as soon as possible. But first, breakfast!” , said Santa Claus inviting everybody to the kitchen. Noemi stroked the back of the book and said:

“Thank you for your help. Not only are you beautiful, but also brilliant! This year every child will receive the best gift ever! I need to go now, bye!” 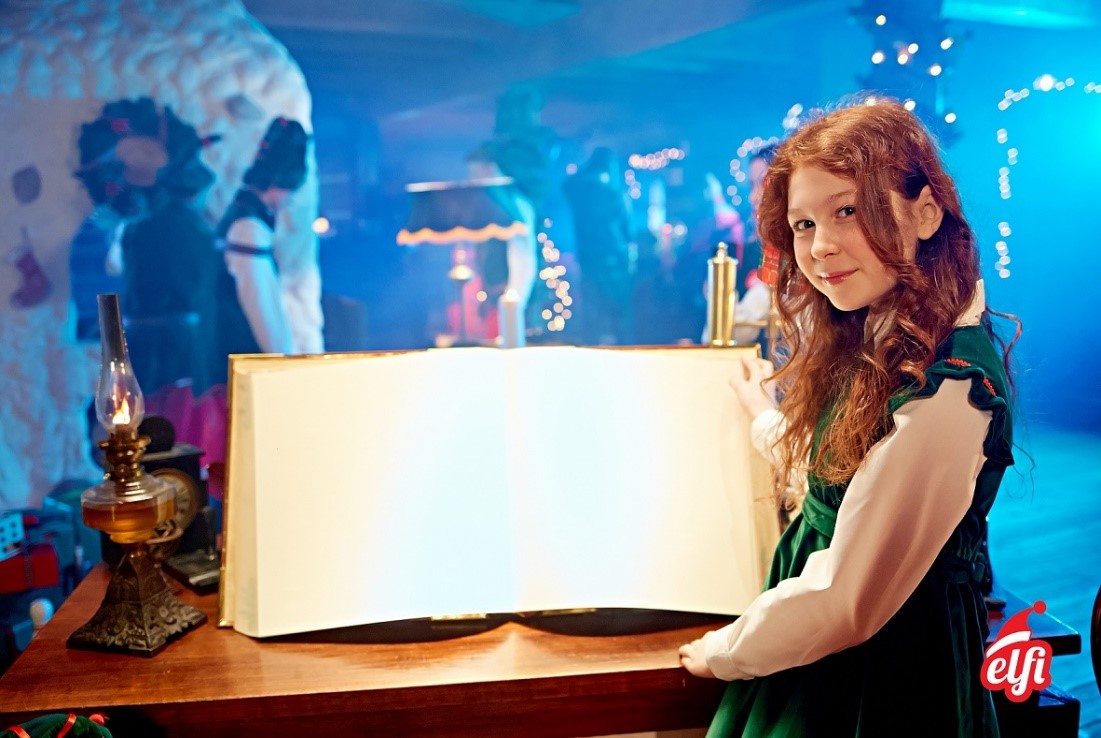